You don't have any saved vehicles!

Look for this link on your favorites:

Once you've saved some vehicles, you can view them here at any time.

Your INFINITI G35 is a special ride. And it deserves authentic INFINITI G35 performance parts. At Park Place INFINITI, we know that G35 owners appreciate this groundbreaking model’s muscular features, performance engine, and trend-setting style. The INFINITI G35 was manufactured from 2003-2008, and during that time, developed a strong following among sports car fans. Using the same platform as the 350Z and INFINITI FX35 and FX45 luxury crossover SUVs, the G35 impressed drivers then and still does today with it’s incredible mix of power and sheer driving excitement. You need performance parts to keep that road excitement going, and Park Place INFINITI can help.

And, when your G35 needs service or maintenance, our state-of-the-art service department can provide factory-quality installation, diagnostics or other services you need to keep your G35 running like new. We use only authentic INFINITI G35 parts that are of the high quality, reliability and durability that INFINITI drivers expect. Whether you do it yourself, or take advantage of our INFINITI service department, keep your special ride in great condition by using only authentic INFINITI G35 performance parts.

Stop by Park Place INFINITI parts department today or contact us today for the G35 parts you need.

0 comment(s) so far on PERFORMANCE TUNE YOUR INFINITI G35

You don't have any saved vehicles!

Look for this link on your favorites:

Once you've saved some vehicles, you can view them here at any time. 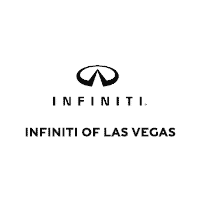